As part of my Studio Overhaul, I knew I'd have to address my overabundance of fabric sometime.   Of course, my electricity isn't finished yet and I don't have my new sewing table constructed, but I am still limping along on my project.  I started in January if you'll remember, and now it's the end of June, but hey, who's counting?  As long as I keep moving forward, I feel successful.

So anyway, I decided to tackle some of my accumulation of fabric.  I am going to try to downsize my fabric collection by 33%.   Part of the reason I decided to start now is because I am on the lookout for feedsack fabric for a presentation for my guild sometime in the future.

This time I chose a big heavy crate filled with vintage fabrics and maybe some blocks and who knows what else I hid in there.  I have several such crates in different locations, so it's kind of hard to know exactly what I've got.  Yes, I guess I am a bit of a hoarder, but I do come by it quite naturally.

It was fun opening up the crate to find out what was in there.  I found tons of vintage fabrics and scraps as well as a few aprons and some assorted blocks.   Here's a couple stacks of fabrics out of my crate: 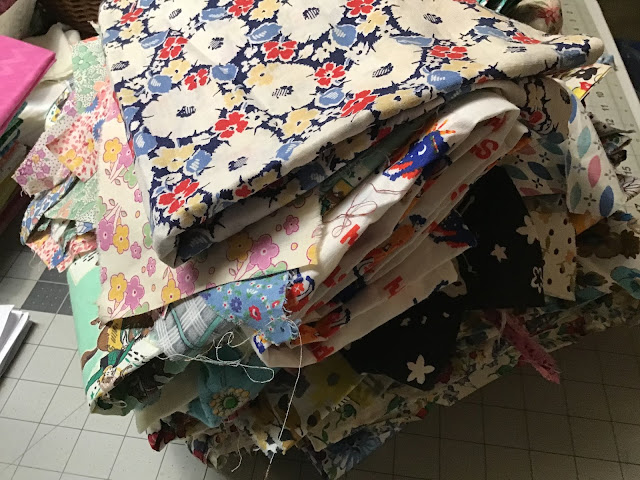 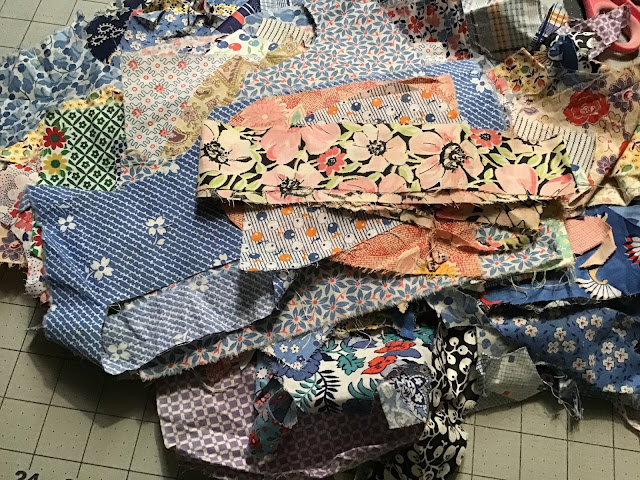 After three or so days, I am still going through the crate.  I have a bag of yardage and scraps that I will be parting with as well as a big bag of precut 2" squares from the 1960's/1970's which I am not that excited about -- I like larger pieces that I can use to repair quilts from the same era.

Today I was sorting through a gallon-sized baggie I had in the crate and was amazed to find a giant stack of arcs which were both hand and machine-pieced.  I'd guess them to be from the 1940's, but there are a lot of 1930's fabrics mixed in.  These arcs are really tiny, see the quarter in the photo.  There must be like 100 of them!  I think they are arcs from a Double Wedding Ring that was started and never finished or else some kind of Fan design.  What are your thoughts on these blocks? 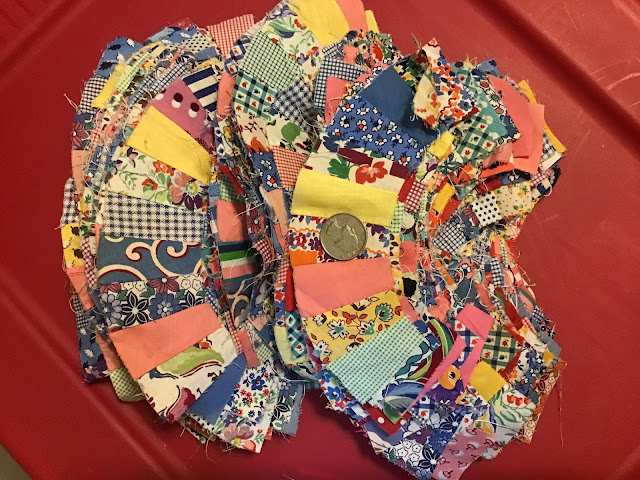 In the bag, there were wedges for Dresden Plate blocks and even some butterfly wings and bodies.  What a fun collection!

A cool thing I discovered was that there were several fabrics in that bag that were the same design, but different colorways. 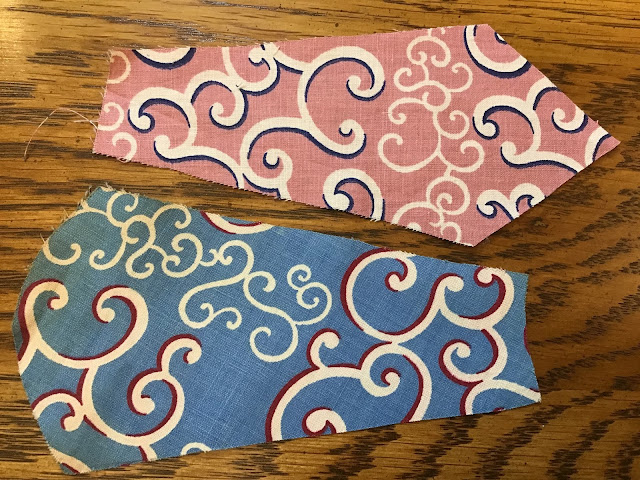 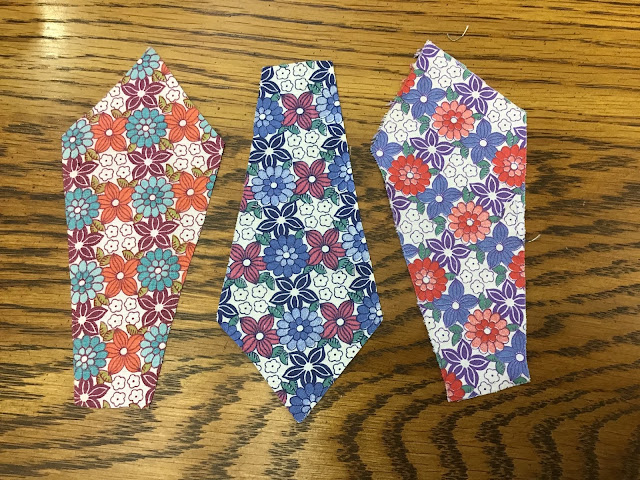 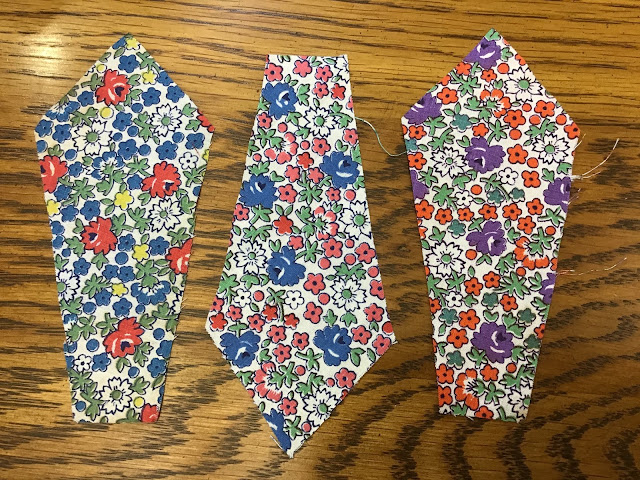 I plan to play in my fabrics again tonight. I wonder what I'll find next........